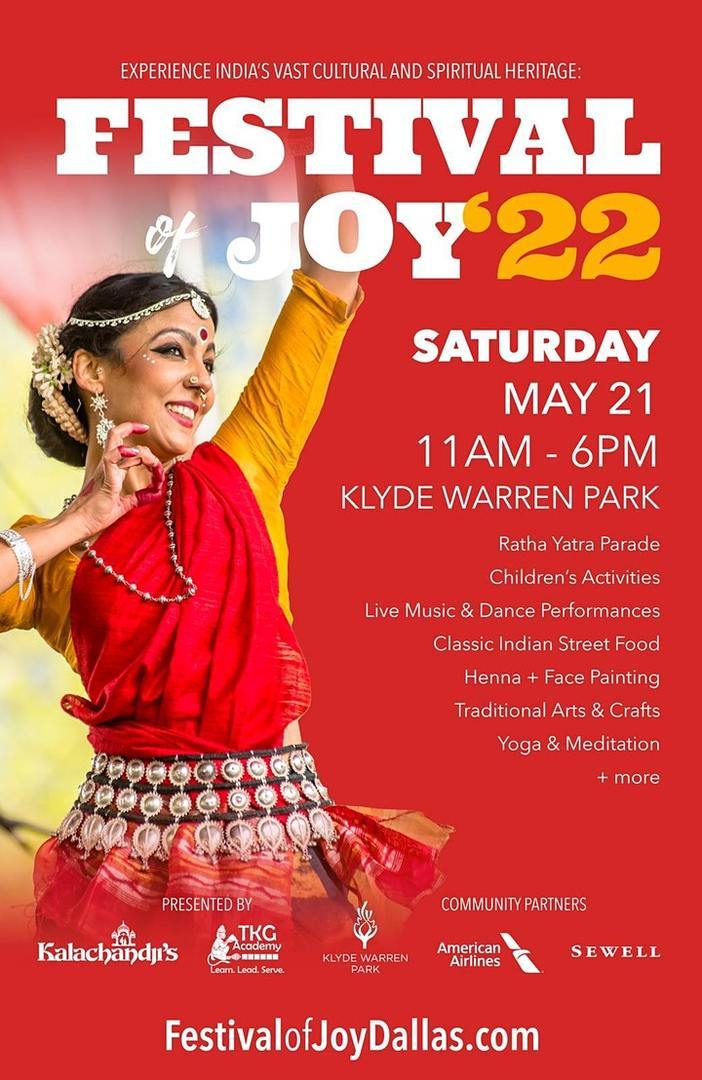 The Festival of Joy is a yearly festival that happens in spring at Klyde Warren Park in downtown Dallas. This festival, also known as Ratha Yatra or Festival of the Chariots, is celebrated in many other global city centers including New York’s Fifth Avenue and London’s Piccadilly Circus, and promises to bring a vibrant celebration of South Asian spiritual heritage and culture to the Arts District. The event begins in the park, with a parade procession. Participants will pull the large, colorful chariot along Flora Street, accompanied by the singing of ancient Sanskrit mantras and the sounds of traditional musical instruments. After the procession returns to the park the main stage will feature non-stop classical music and dance performances. There will also be a variety of cultural and educational exhibits including traditional crafts and cooking demos, yoga and meditation instruction, face painting, mehndi (henna tattoo), traditional dress-up, ethnic street food stalls, and a free vegetarian feast provided by Kalachandji’s. The Ratha Yatra Chariot Festival has been observed annually in the city of Jagannath Puri in Orissa, India for over 3,000 years, making it the world’s longest-running street festival. The giant chariot carries Lord Jagannath – in Sanskrit, jagat means the universe, and nath means Lord. Pulling the Lord of the Universe’s chariot is considered an honor, and an opportunity to achieve eternal benefit. Upon seeing this festival, the English colonial governors of India coined the present-day word juggernaut, aptly meaning a massive, inexorable force. The parade is also a re-enactment of a pastime in which the Lord’s family and childhood friends affectionately pull the ropes of his royal chariot to make him return back home with them. We invite you to also reconnect and celebrate family and friends in this ancient festival of reuniting hearts.
Official Festival Website: https://go.evvnt.com/1121096-0 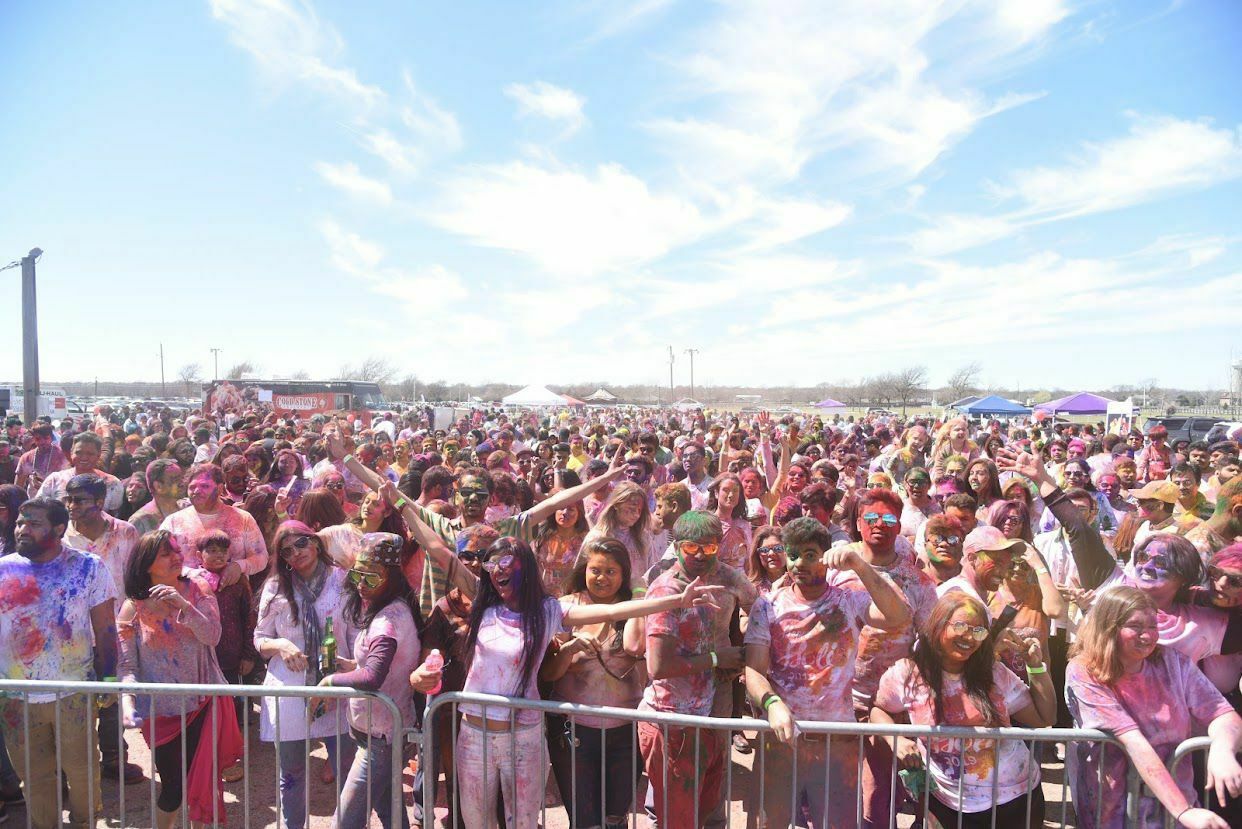 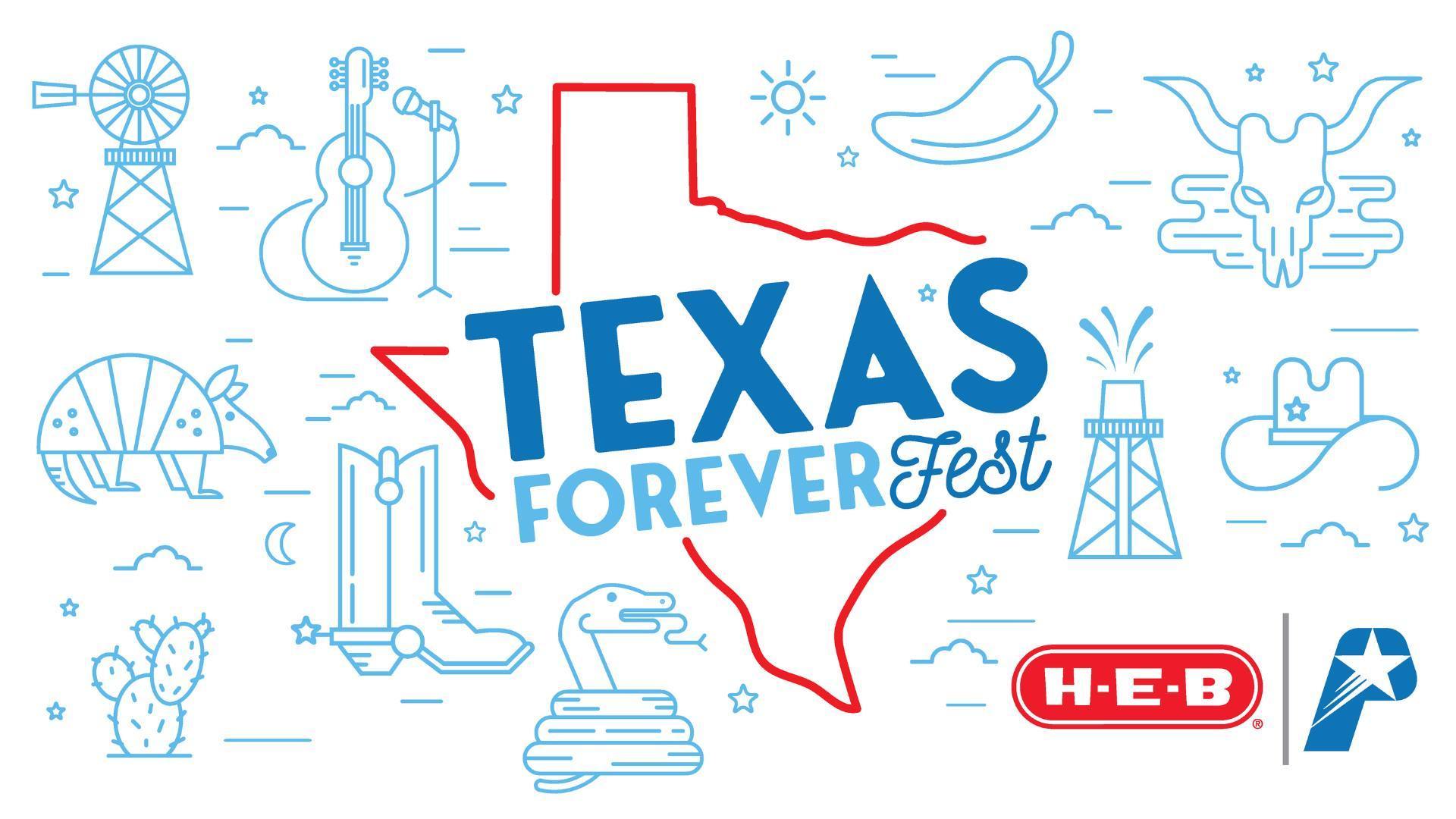