Skids are a Scottish punk rock and new wave band, formed in Dunfermline, Fife, in 1977 by Stuart Adamson (guitar, keyboards, percussion and backing vocals), William Simpson (bass guitar and backing vocals), Thomas Kellichan (drums) and Richard Jobson (vocals, guitar and keyboards). Their biggest success was the 1979 single "Into the Valley" and the 1980 album The Absolute Game. In 2016 the band announced a 40th anniversary tour of the UK with their original singer Richard Jobson.

Skids played their first gig on 19 August 1977 at the Bellville Hotel in Pilmuir Street, Dunfermline, Scotland. Within six months they had released the Charles EP on the No Bad record label, created by Sandy Muir, a Dunfermline music shop owner turned manager. The record brought them to the attention of national BBC Radio 1 DJ John Peel.This led to a local gig supporting The Clash. Virgin Records then signed up Skids in April 1978. The singles "Sweet Suburbia" and "The Saints Are Coming" both made commercial inroads, before "Into the Valley" reached the UK Top 10 singles chart in early 1979. The band released their debut studio album, Scared to Dance, the same year. It was recorded at The Townhouse Studios in London, England with production and keyboards by David Batchelor. Adamson walked out towards the end of the sessions before all the guitar overdubs were completed. Session guitarist Chris Jenkins was chief maintenance engineer at Townhouse studios and completed the album using Adamson's studio set up, adding additional guitar to four tracks – "Into the Valley", "Integral Plot", "Calling the Tune" and "Scared to Dance". In the meantime, Adamson returned to Scotland when the recording was finished. He rejoined the band for the live concert tour promotion of the album. The record included "The Saints Are Coming", which was later covered in late 2006 as a charity single by U2 and Green Day.

Skids enjoyed a further year of chart success as "Masquerade" and "Working for the Yankee Dollar" reached the UK Top 20 singles chart. Both came from their second album, also released in 1979, Days in Europa, with the record's production and keyboards by Bill Nelson (Be-Bop Deluxe, Red Noise, Channel Light Vessel and solo artist). Nelson was the obvious choice for the record's production duties as he was not only Adamson's principal 'guitar hero' but also an enormous influence on Adamson's playing. Nelson also played an important role in polishing Skids' sound and in encouraging the development of Jobson's lyrics. Just before recording of the album commenced, Kellichan left the band and was temporarily replaced on drums by Rusty Egan (ex-Rich Kids, then with the band Visage and a New Romantic 1980s dance DJ at the Blitz club). Egan played on the album and later on the live concert tour of the record. Keyboard player Alistair Moore also temporarily joined the band to perform live with them. He had been recruited to play Bill Nelson's keyboard parts from the record.

In November 1979 Mike Baillie, ex-Insect Bites, was recruited as a permanent band member, taking care of the drums, backing vocals and percussion). He slowly took over from Egan, while the band was still touring Days in Europa. Some of Jobson's lyrics as well as the album cover caused controversy. It showed an Olympian being crowned with laurels by an Aryan-looking woman, and the lettering was in Gothic script. Some, including DJ John Peel, felt that this glorified Nazi ideology and it was indeed similar to posters from the 1936 Summer Olympics, held in Germany. After the original version of the album had already been released, Canadian record producer Bruce Fairbairnwas brought into the project. The original cover and the track "Pros and the Cons" were removed. The sleeve was completely re-designed and the song "Masquerade" added. The album was also remixed and the tracks re-sequenced. This second version was released in 1980.

In February 1980 one of the Skids founding members William Simpson left and was replaced by Russell Webb (bass guitar, backing vocals, keyboards, percussion, and guitar). Webb joined as a permanent band member and immediately started work on the recording of the band's third album The Absolute Game, released in 1980 and produced by Mick Glossop. It proved to be the band's most commercial release, reaching the Top 10 of the UK Albums Chart and contained the minor hit single "Circus Games". A few of the tracks on the album also included a collection of fourteen adult and child backing vocalists, along with a lone didgeridoo player. Initial copies of The Absolute Gamecame with a free limited edition, second album entitled Strength Through Joy, echoing the band's previous controversial themes. Jobson claims to have got the title from Dirk Bogarde's autobiography.

Soon after the release and live concert tour of The Absolute Game Baillie left the band and was followed soon after by Adamson (although Adamson did stay around long enough to play on one more song for the next album Joy, called "Iona"). Baillie moved back to Scotland to live and Adamson went on to launch his new band, Big Country. This left Jobson and Webb to write and record the band's fourth and final album Joy, which Russell Webb also produced. The pair played multiple instruments on the album, and also invited a collection of seventeen musical friends to perform on various tracks with them. Skids dissolved in 1982, with the compilation Fanfare posthumously issued by Virgin. It was a mixture of most of the band's singles and some B-sides, though it omitted any tracks from the Joy period.

Jobson and Webb then went on to form a new band called The Armoury Show. The group recorded just one album, Waiting for the Floods in 1985 before splitting up. Jobson went on to pursue a solo career as a poet, songwriter, television presenter and most recently, as a film director. He released albums on the Belgian record label Les Disques du Crepuscule and the UK's own Parlophone Records. Webb proposed a solo career and, according to Armoury Show fan page, later joined Public Image Ltd. in 1992 (but played only on their last tour), and is now a video game designer.

In 2007 Richard Jobson, William Simpson and Mike Baillie, along with Bruce Watson (guitar and backing vocals), Jamie Watson (guitar), Brian Jobson (backing vocals) and Jane Button (backing vocals), got together to play three gigs. They were to commemorate the thirtieth anniversary of the group's formation and as a final tribute to Stuart Adamson, who had died in 2001. The shows on 4 and 5 July were at Dunfermline's Glen Pavilion (where they were supported by Rosyth band, The Draymin), outside of which Skids had previously played only their second gig, according to Jobson, and on 7 July at the T in the Park festival.

Skids returned to the stage on 28 November 2009 as one of the headlining acts in Homecoming Live, a series of gigs held around the SECC complex in Glasgow to celebrate the end of the Year of Homecoming in Scotland. The line-up mirrored the 2007 gigs, with members of The Gospel Truth Choir joining Button on backing vocals for "A Woman in Winter" and "Working for the Yankee Dollar".

The same line-up performed a concert on 5 March 2010 at the ABC in Glasgow, with support from The Law and Bruce & Jamie Watson, and lastly a concert on 6 March 2010 at the Alhambra Theatre, Dunfermline with support from Beatnic Prestige and Bruce & Jamie Watson. This final concert was to conclude a week of events celebrating the works, past and present, of Richard Jobson as part of The Fifer Festival 2010 on 6 March 2010.

The band undertook another reunion tour in 2017 to celebrate the 40th anniversary of their formation. It had a more extensive set of venues than the 2007 reunion with concerts throughout the UK and Ireland, and headlining the 2017 Rebellion Festival on the final night. The lineup included Richard Jobson, Bill Simpson, Mike Baillie, Bruce Watson and Jamie Watson. 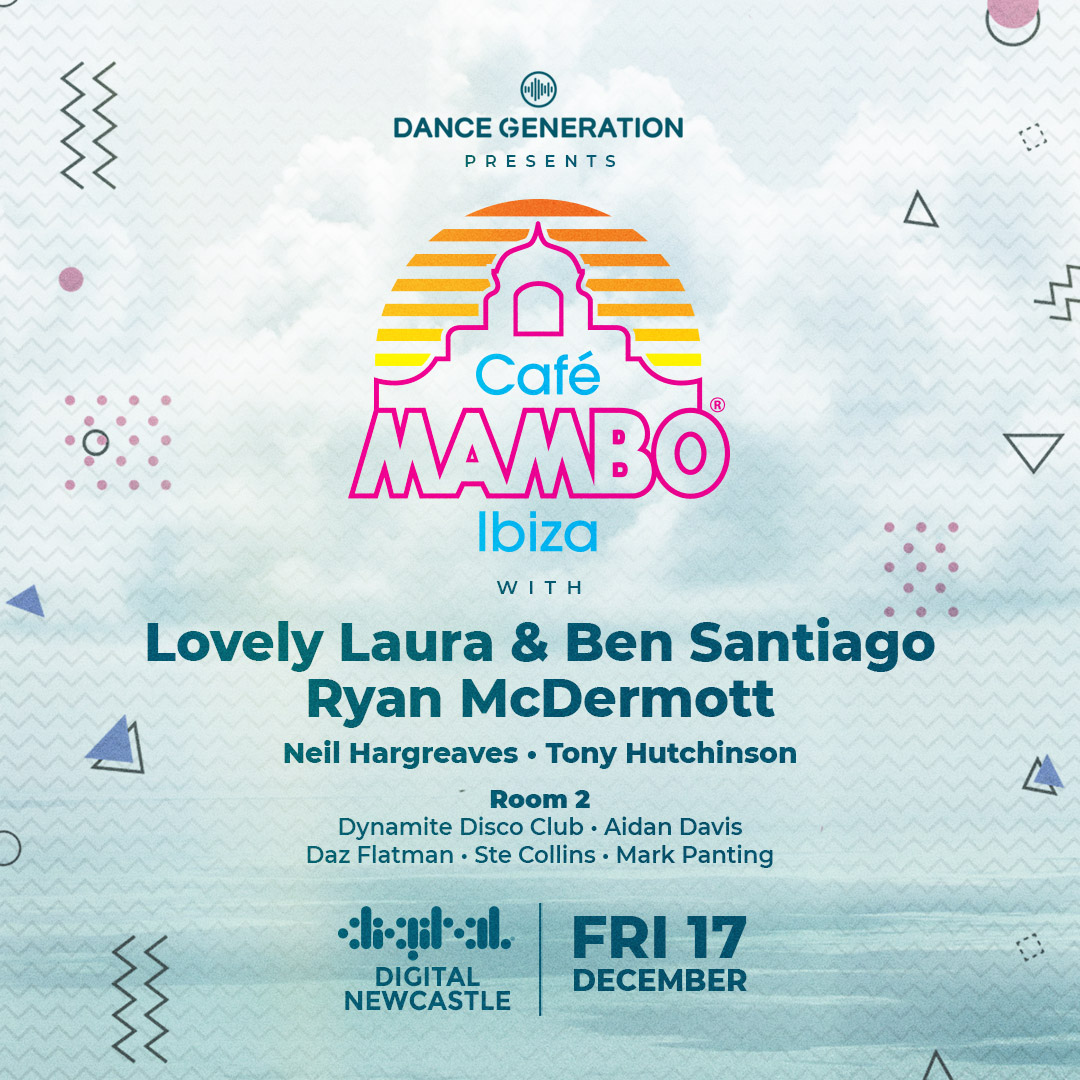 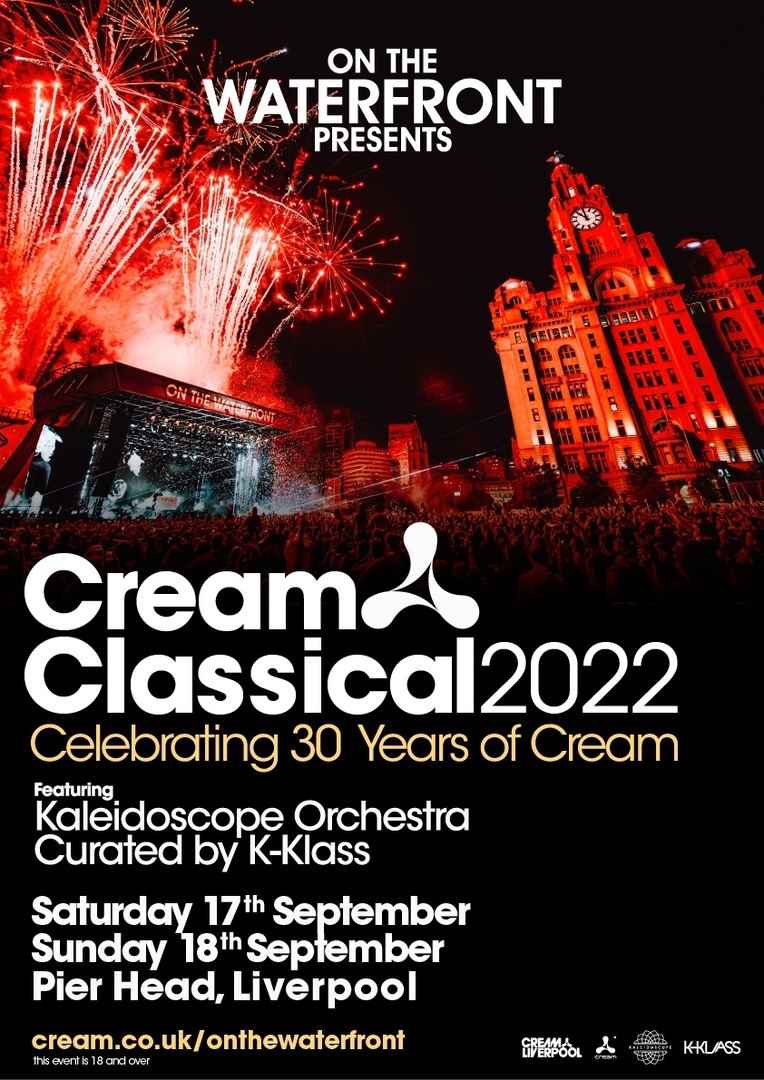 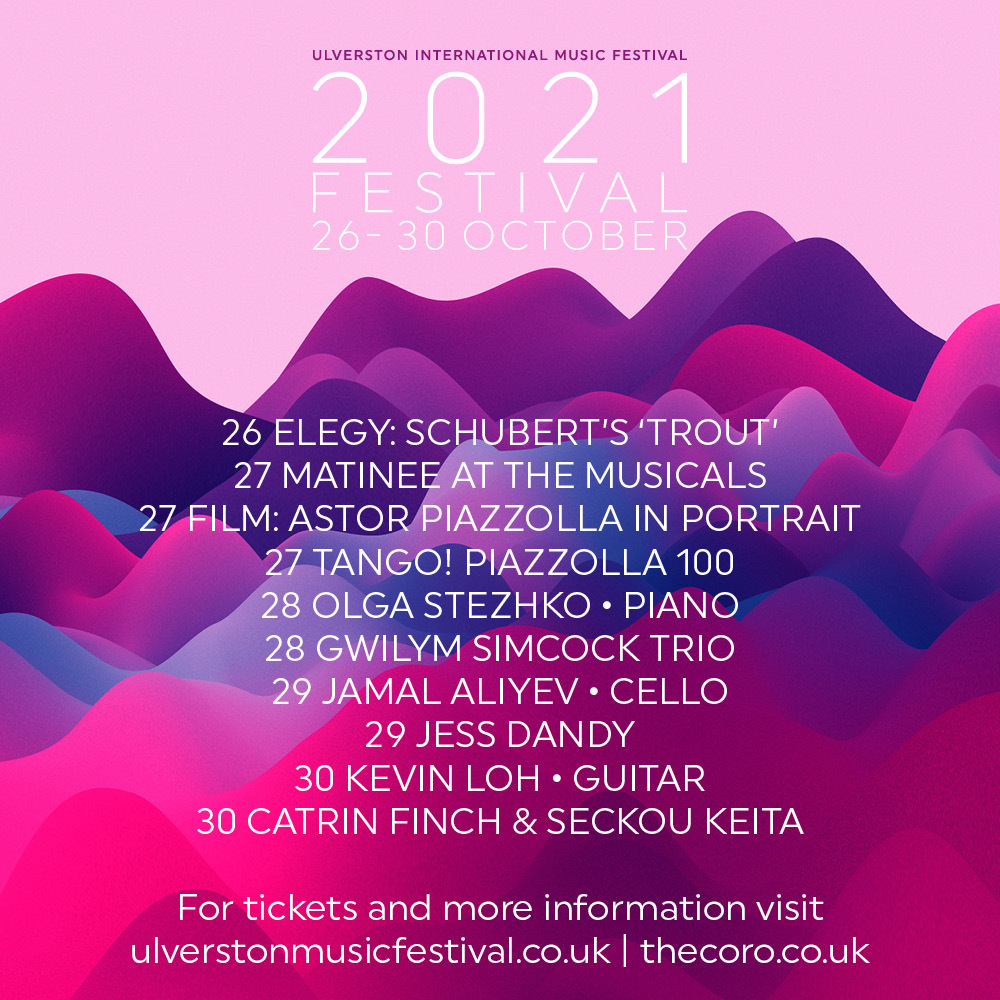 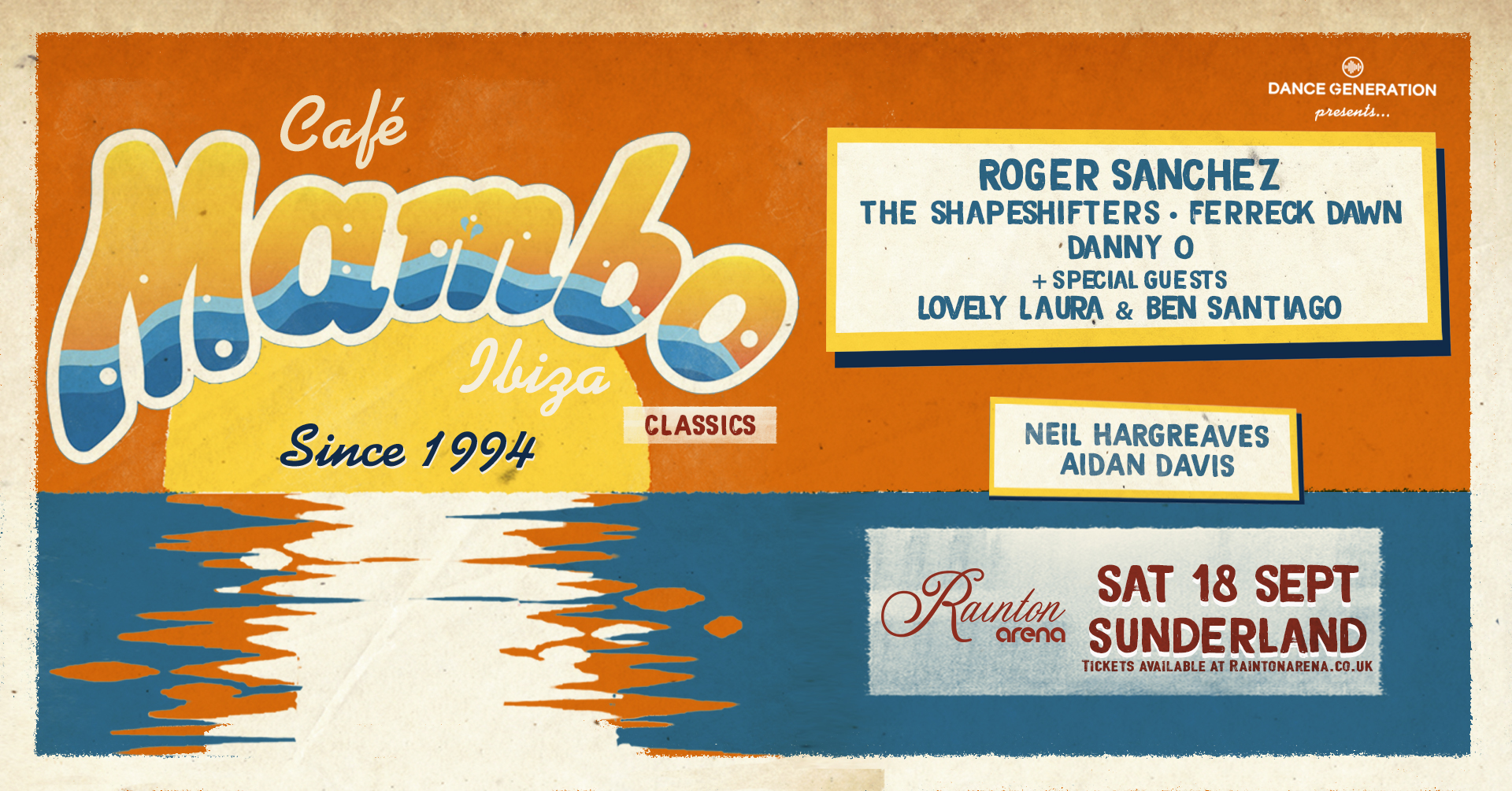